Home
Cooking Classes
Sicilian Street Food: Do you say arancino or arancina? Call it how you want but make it at home!

Do you say arancino or arancina?

Years and centuries of debates have been going on over this between Eastern and Western Sicily, it went to far as to discommde the Crusca Accademy. Food and fashion blogger also have been criticized on social media concerning that final vowel.

The great dilemma: arancino or arancina?

Let’s just step back for a second. Should some of you not be familiar with it (hopefully not many!), the arancino (or arancina, there you go) is a delicious street-food typical of the Sicilian gastronomy. It can have different shapes. Rice is the main ingredient and it can be filled with a variety of ingredients: ragu, peas, mortadella and cheese. Once ready and coated in breadcrumbs it is ready to be deep-fried. Its main feature is the crunchy crust that hides its tasty and tender heart.

Get a taste of the real Sicilian Street Food!

DO WE SAY ARANCINO OR ARANCINA? THE MAIN DIFFERENCES AMONG EASTERN AND WESTERN SICILY

Now that we have got you drooling, let’s get to the point. In Western Sicily, hence in the Palermo area, this snack is round shaped and it is called arancinA, where the final A makes it a feminine noun. In Easter Sicily, around the area of Catania and Messina, it comes in the shape of a cone, as if it wanted to mimic the shape of the volcano Etna this food it’s called arancinO, hence masculine.

In 2016, following many requests and needing an institutional clarification, the Crusca Academy has spoken concerning the matter:

“The exquisite Sicilian rice timbale owes its name to the analogy with the golden round fruit produced by orange trees, the orange (aranciA), we could hence conclude that the correct version should be the feminine one: arancinA. However, it is not that simple and here is why.”

It is said that this exquisite snack originated during the Arab ruling, over the 9th and 10th century. They used to roll up some saffron rice in their hands and season it with lamb meat. Giambolino da Cremona in his book Liber de Ferculis mentions that the Arabs were used to call all round patties with names that would recall fruits, hence the comparison with the orange, this also considering that Sicily even back then was rich of this tree.

SO, IS IT ARANCINO OR ARANCINA?

The masculine version (arancinO) seems to be the most ancient one and also the one used in the Italian dictionaries and adopted by the Ministry of Food and Forestry Policies in the list concerning the Italian Traditional Food Farming  Products.

It is furthermore the form that the Inspector Montalbano uses in its books and in the tv-show (Andrea Camilleri – Montalbano’s croquettes, 1999).

Beyond all of this, the Crusca Academy considers the feminine noun also valid. In the written use, in fact, the term “arancia” is the most diffused one and it is also perceived as the correct one. This is because it differentiates the term indicating the fruit from the one referring to the actual tree.

In Western Sicily prevailed the more correct form to identify the fruit hence the term arancina it is used for the snack.

In conclusion, no reason to further debate. According to the Crusca Academy, the name of the most loved Sicilian snack is correct either way.

HOW TO PREPARE THE ARANCINO

Now that you now know everything about the arancino and its origins, call it the way you prefer but learn how to make it!

Whatever shape you want it to have these are the main ingredients:

To be fair, we are sharing with you both versions: arancino and arancina. The result will just be yummy in both cases!

Should you be interested in participating in a street-food class, you can buy the coupon for a class in Taormina or Catania.

Let’s get to work! 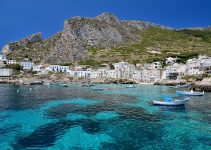