In the summer, between June and August, in the Aeolian Islands and specifically on the island of Stromboli, an extraordinary optical phenomenon occurs which lasts (unfortunately!) Only a few minutes. At sunset, the sky turns red as if it had stolen the colors of the volcano’s fire, and the sun is literally swallowed up by Stromboli leaving tourists and locals speechless.

This phenomenon is visible only from some areas of Calabria, particularly along the Costa dei Dei (from Pizzo Calabro to Zambrone) to other small inland villages overlooking the Tyrrhenian Sea.

This is precisely why a committee of young Calabrians, Calabria Network Mediterraneo, has made a proposal to nominate the sunset on Stromboli as a UNESCO World Heritage Site.

The purpose of this application is to “give value and formality, in terms of tourism promotion of the territory, to the extraordinary optical phenomenon, the effect of a particular astrophysical situation, visible only from certain locations in Calabria and also in Sicily”.

The 926 m high volcano has persistent explosive activity (almost one every hour) and is one of the most active volcanoes in the world. Fortunately, the morphology of the volcano causes lava flows to flow onto the north-western side, where they are confined within the lave flow zone and therefore do not represent a danger for inhabitants and tourists.

The requirements required by UNESCO are therefore all present: uniqueness, universality and irreplaceability. In addition, the phenomenon satisfies the VII Criterion of the Convention on Human Heritage of 1972 under which they are recognizable: natural phenomena or atmospheres of natural beauty and exceptional aesthetic importance “.

In reality, the Aeolian Islands have already entered the “World Heritage List” in 2000 as “the islands have provided examples of two types of eruptions (Strombolian and Vulcanian) described in textbooks on volcanology and geology and thus have had a prominent place in the training of geologists for over 200 years. They continue to provide a rich field for volcanology studies on the geological processes underway in the development of the morphology of the areas in question “.

We must cross our fingers and wait for approval by the World Heritage Committee. In the meantime, enjoy the volcanic lava flow on board a yacht! 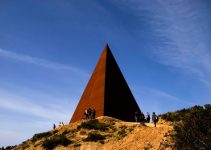